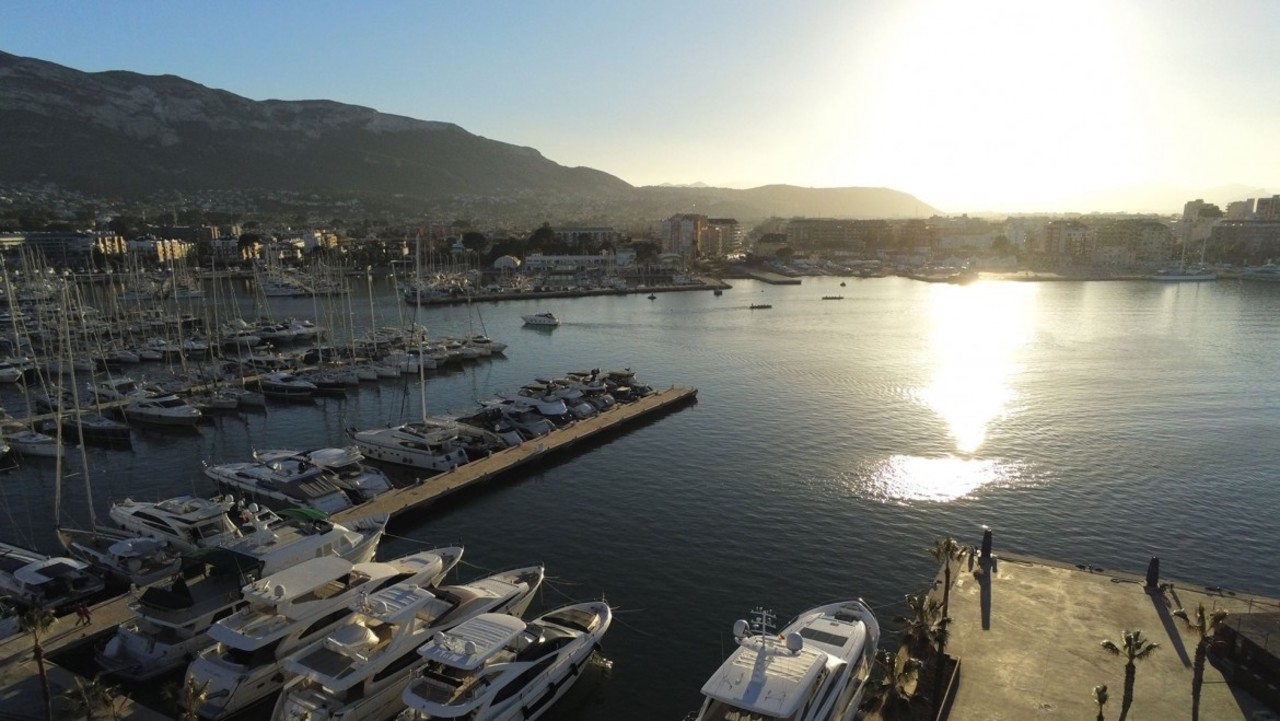 Among the largest and most well-known towns in Marina Alta are primarily Denia - a normal, medium-sized Spanish town that lives all year round and not just in season. Denis has no large contingents of foreigners, but has preserved the Spanish culture and environment. Of course, the great beaches and the many activities offered together with a wonderfully good climate mean that there are many tourists here also in the season, but here it feels more like a supplement than a disadvantage.

Denia is a "real city" where people live throughout the year and not just in the season. The city is prosperous and has quite wide streets, which is due to the fact that British raisin purchasers had a great influence here in the first part of the 20th century. Castillo de Denia Castle is on a hill in the city and is an impressive sight. There you will also find an archaeological museum and a wonderful park with panoramic views. The city has officially approx. 45,000 inhabitants, but with suburbs about. 85,000 inhabitants of Denia. Denia is located 95 km south of Valencia and 100 km north of Alicante, right in the north end of the province of Alicante, an area with a particularly pleasant climate and many sunny days. The average annual temperature is 20 degrees C.

Behind Denia lies the mountain Montgo which is declared a nature reserve. Here you will find fantastic walks and beautiful nature experiences. Denia is originally a port city, shipping port (for oranges, citrus, and other agricultural products), and a natural center for all business activities related to it and other industries in the area. But first and foremost, Denia is known as a fishing port and it has been for generations. In many places down the coast, one tries to maintain the impression that there is still a "pleasant fishing village with good restaurants based on fresh ingredients" - Denia lives at least up to that description, something few others can say. Here comes the fresh fish from the Mediterranean every day and the first-class restaurants both along the harbor, the seafront, and otherwise in the city receive fresh produce from the fish auctions every day. Denia's 300 restaurants base their cuisine on the best of the sea combined with the Valencian agricultural products, and the result is well-known beyond Denia's borders. The most famous specialty is probably the famous "Gambas Rojas de Denia" and a rice dish without competition; "Arroz a banda". Beyond that, there is a long line with eg grilled vegetables, large variety fish, octopus, shells, and shellfish. Denia is considered by Spain as a culinary highlight and there are several Michelin stars in and around Denia. Spain's currently best restaurant (Quique Dacosta with three Michelin stars and high on the list of the 50 best restaurants in the world (!) - a position previously held by El Bulli at Barcelona which is now closed). But there are also many "normal" restaurants in this gastronomic area and the standard is high even if you don't pay more than 10 euros for a three-course menu with a half-bottle of wine. You have to come and see and experience for yourself.

Denia has a sandy beach and a beach for those who prefer to swim along the cliffs. Denia can also boast its own bull shed, "Toros en el Mar", where young men prefer to run in front of the bulls and jump into the sea. In August, it is the "Moros y Christianos" fiesta here as so many other places on the Costa Blanca. Denia- also has its own Fallas fiesta with lots of fireworks and bonfires.

There are all kinds of properties here. In the hills around Denia and along the sea are some of the Costa Blanca's finest, and the diverse landscape provides the basis for properties with spectacular sea views. The whole area around Denia is particularly fruitful and thus differs from most of what you otherwise find on the Costa Blanca. Some Norwegians have bought apartments and properties in and around Denia, part of the town itself and part of La Sella, the exclusive golf resort approx. 4 km from Denia.

North from Denia, it is 24 km. long sandy beach - 100 to 400 meters wide and mostly with white, fine sand and mostly long-shallow and child-friendly. Here you will find several restaurants and beach bars with hire of deck chairs, hotels, and apartments. You will also find deserted parts of the beach where you can spend a whole day without seeing other people. This beach is considered by many as Spain's perhaps best sandy beach. The settlements from Denia and at least approx. 10 km. North is called Las Marinas. Here are lots of shops, restaurants, bars, and other offers, but which is naturally the most life in the summer and depending on how far you are from central Denia (or next town - Els Poblets) then it may die out a little in the winter. So if you are going to stay here all year or much of the winter, then you should choose a more central area where you know it lives all year round and not just in season. This site uses cookies to enhance the user experience.